His DJ-career started in the local youth-club DieZie in Roeselare, spinning grunge, gothic- and electrotunes under the alias of DJ Blackwaver.

After a first succesfull appearance in Waregem (The Black Cave), he had some of his finest experiences there (e.g. the afterparty of Das Ich, Deine Lakaien and the Gothic Festival).

Later on, he managed to get a seat as resident DJ for the collective Electrogeneration, which was based in Ghent, but never said goodbye to the Waregem-venue. 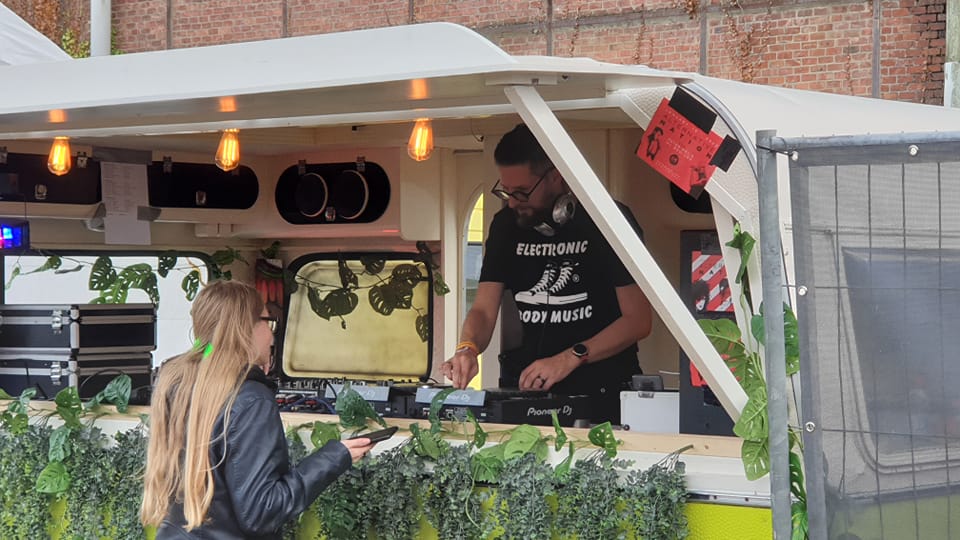 Due to venue-problems, Electrogenerations had to stop. Nicely planned, as he became a father of his little girl in that period and he got to spend more time at home... At this time, he kept himself up-to-date by writing reviews for several (web)magazines. Never leaving DJ-ing behind, but working from home at the internet-radio http://www.gothville.com/, where he could keep his DJ-work up while taking care of the family (yes, also men can multitask!).

As spinning the decks is a bug that is hard to defeat, he started again with live-sets, but on a more free-lance basis.

Some of his personal 'special' gigs: